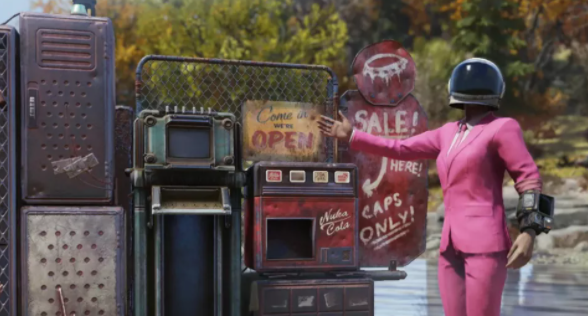 Since the moment of its release, Fallout 76 players have wanted more room in their stash boxes to store the junk they collect. And that’s not an unreasonable request in a game where you spend a great deal of time scooping up mountains of debris to use in crafting and trading. It’s also a huge bummer to have to discard items you’d much rather keep simply because there’s not enough room in your crate.

Originally, Fallout 76 players could only store 400 pounds of stuff in their stash boxes, though that was increased to 600 pounds in a 2018 patch, and then goosed up to 800 pounds in 2019. Now, it’s growing again: a new stash limit of 1,200 pounds is being given a try on the Fallout 76 test servers, according to Bethesda, in what’s being called the “Inventory Update.”

That’s a lot of extra space for crafting supplies and storage, which should please players, and it’s not the only change being tested. New tabs are being added to the Pip-Boy for armor and consumables, which should make sorting through your inventory a bit easier. A map display giving you an expanded preview of other players’ vending machines is also being tested.

There’s no specific date as to when these changes will make it to Fallout 76 proper, though Bethesda says it’s planned for release before the end of January.