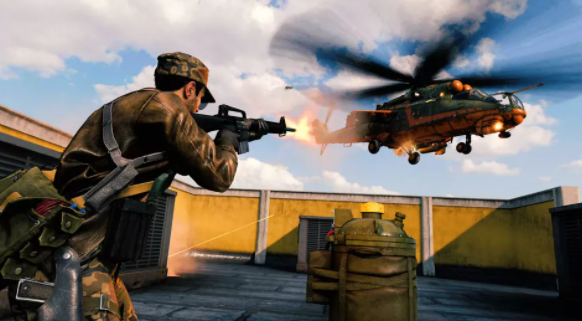 Next week’s mid-season update for Call Of Duty: Black Ops – Cold War is adding a dash of thermo-nuclear conflict with a new 6v6 multiplayer mode.

Described as a “fight for control of the nuclear codes”, details on Dropkick may have actually slipped way back in November. As per those leaked loading screens, Dropkick sees two teams duke it out over control of launch codes and an objective to set off a nuclear bomb.

Fireteam is also getting sunny new map Sanatorium (pictured above), while Zombies is going all Jason Statham with its new variant, Cranked. Here, every shambler killed adds precious seconds to a timer that’ll knock you dead when it hits zero. Cold War’s PlayStation-exclusive Onslaught Mode also gets a new map, Raid. Look forward to finally checking that out on PC in 11 months, I guess?